What Colour is Your Empty Nest?

It’s that time of year when parents are taking their children to college for the first time. It’s a time of transition that is exciting and important for the young adult, officially launching him or her into adulthood, but it’s also a time of transition for the parents. I know. I’ve gone through it with two boys who are now officially, in my mind, men-children. So, for those of you entering this stage, I’ll share a story that I hope will help you breathe, accept and move through this phase in your own occasionally messy but graceful way.

The heart center of my home

Every house has this room. Mine is literally in the middle of the other two bedrooms. It has evolved over the years from nursery to bedroom for my oldest and then my youngest son until he left for college. Any parent knows this room. It’s where you rocked your fevered child through the night; where you had to tiptoe through the Lego replica of the local zoo; where you read that D#** Tweety bird book till you had to hide it; where you had fights and tears and hugs and laughter that made you fall down on the floor. It’s where you sang softly and rubbed backs and offered prayers each night to guide your children when you weren’t around.

And now, that time had come. I wasn’t going to be around when they were off at college. It was time for those petitions to their guardian angels to kick into high gear and I was left alone in a room full of memories. (Okay, no crying now because you know I always have a plan.)

The plan was to paint this room so that it was now, well and truly, an adult room. The first colour (yes, there were more than one), was one that my youngest son had picked out. I set about painting the room in anticipation of his return. 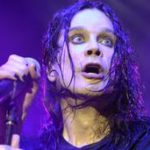 When it became apparent he would not be living with me, I was faced with the prospect of living with a room that was now so dark and depressing only Ozzy Osbourne would love it. I came to think of this colour as “Goth Purple” and it had to go.

So, off I went to my local paint store for a new gallon of paint.

The next colour, I decided, would be a happy blue, so I spent the next weekend covering up the dark purple with my new blue. Now this blue, when viewed in the bright daylight sun, was so bright it hurt my eyes . . . and it was so happy that I came to think of this one as “Clown Blue” because only a bright outrageous clown could pull off this color. 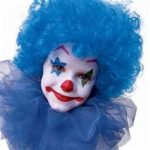 I hated its happiness and it had to go as well.

So, off I went to the store again.

This time I was in a better emotional space, having at least accepted the choice of blue as my palette. I was beginning to envision a room that was calm and soothing. I chose a wonderful blue; not too light, not too deep with a vibrant tone. Another weekend was spent painting and as I stepped back to look around, I realized with some panic and dismay that the color was not quite right. When I put the swatch up to match the wall, it was actually the wrong color! The store had mixed the color 3 shades lighter than the one I wanted . . . So back to the store I went for the right color. It was, as you would expect, free of charge but truthfully, I think they would have done anything to make sure this crazy woman was happy.

It was about this time in the process that my friends started calling, worried that the paint fumes had made me go crazy, suggesting, not so subtly that I should be dating not painting. One even threatened to come over for much needed “paint intervention”; conjuring up images of her gently asking me to “put down the brush, Ko, and step away from the can.”

While I didn’t need intervention, I did need time. In those long hours of rolling and brushing, I thought. I thought about the years I’d spent in this room, memories flooding my eyes and emotions filling my heart. I listened to podcasts and playlists and heard echoes of laughter bounce off those silly walls. And sometimes I just listened to my own silence.

I spent my 4th and final weekend painting what I had now decided was to become my yoga and meditation room. The operative word there is “my”. This is still the heart center of the house; I have friends come over just to sit in the room with me. I’ve spent hours practicing crow stand and head stand here. And sometimes I’ve laid on the floor and just tried to remember how to breathe.

Letting go of my children is the hardest thing I’ve ever done as a parent. Cognitively, I know that if I do my job right, they will become wonderful, awesome adults that make their own impact on the world. They won’t need me anymore, at least not in the same way. That’s what success looks like. Emotionally, that acceptance takes time. I could no longer control their actions or their choices but by God, I was going to control the colour of this dang room! I just needed a month of weekends with a paintbrush in my hand to come to that place in my heart.

So breathe deep, my dear friends who have children leaving the nest this month. Breathe deep and cry and sigh and worry and then call me. My heart center is always there for you.

P.S. It’s now a slightly smaller room, having lost an inch or two of square footage with the thickness of 4 coats of paint but it was worth it! 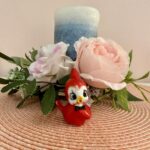 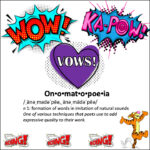 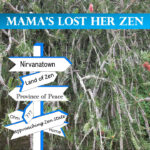 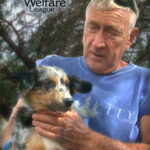 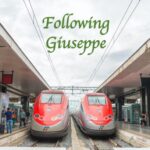